Survival of the Fittest in California’s Edible Market 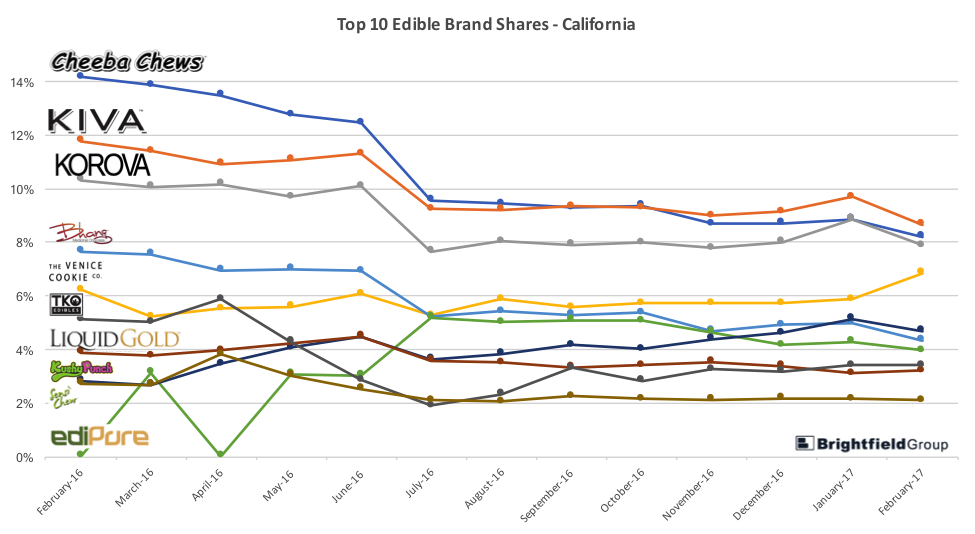 In 2016, California’s edible market broke the $300 million mark for the first time after closing the year with more than $319 million in edible sales. This represents a 28% increase from 2015, and Brightfield Group projects continued double-digital growth in 2017. But, are all edible brands taking advantage of this explosive growth, or are the market leaders entrenching their market shares at the expense of new arrivals?

Using its proprietary data, Brightfield Group tracked the evolution of the top ten edible brands in California from February 2016 to February 2017. Here are our three big takeaways: