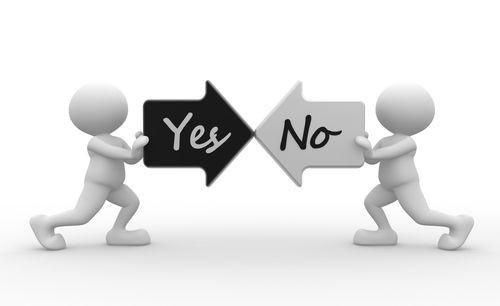 Because of the way Issue 3 is written there may not be opportunities for new players to enter the cultivation side, but opportunities abound for those looking to open dispensaries, labs or processing companies.  The language of the proposal allows for over 1,000 marijuana retail stores for the state, and the lower capital requirements for opening a retail store versus a cultivation operation makes this a more practical business opportunity for those looking to enter the industry with more limited capital.  While Ohio doesn't have the same culture towards marijuana that is seen in some of the Western states that were first to legalize, its large population and moderate level of cannabis consumption gives the state's dispensaries a significant consumer base to tap. Nearly 1.5 million Ohio adults used cannabis in 2014, compared with only 625,000 Coloradoan, 550,000 Oregonian and 835,000 Washingtonians.

Things are a bit more complicated for infused product manufacturers.  The wording of the initiative does not designate whether out of state companies would be permitted to apply for processing licenses. If out of state investment is allowed, the largest concentrate and edibles manufacturers from around the country should be poised to enter the state.

Either way, local or outside companies, should be looking to manufacture and distribute branded edibles and concentrates, as these are rapidly becoming the dominant products in the cannabis industry. The biggest wild card in this side of the industry in Ohio is if the cultivation monopoly will keep prices prohibitively high to prevent manufacturers and dispensaries from being able to turn a significant profit while still being able to compete with the black market.

Even though many factors, including demographics, tobacco usage rates and less overall interest in healthy lifestyles, indicate Ohioans will be less eager to switch from smokeable marijuana to healthier methods of consumption, edibles and concentrates alike are expected to play extremely well, making up half of all cannabis sales by 2019.  However, particularly when it comes to edibles, companies must bear in mind that what plays well in San Francisco and Los Angeles will not necessarily play well in Ohio.  Most Ohio consumers are in a lower income bracket and will demand tasty products at reasonable price points, though many consumers will be less concerned with organic, gluten free or gourmet products. Cannabis is far less widely accepted in many areas of Ohio than in states like California and Colorado and as such discrete methods of consumption will be extremely important.  The same types of concentrates that play well in western states will do well in Ohio, so established brands from western states like O.pen Vape and Bhang are expected to enter and try to quickly create a dominant presence.  Many popular western brands of edibles are likely to play well in Ohio, but there is certainly room for local brands to enter the space and cater to the pallets of Midwestern cannabis consumers.  These companies will then be well positioned to expand into other close by states as they open or expand, including Illinois, Michigan and Pennsylvania.

Entrepreneurs looking to enter the cannabis industry should closely watch the outcome of November's elections.  With a population and potential market size the size of Ohio's, opportunities are plentiful for small businesses and larger companies alike and those who can gain traction in Ohio will be well positioned for success throughout the Midwest.

Investing in the “Green Rush”

Millennial Users: A Market Not to be Missed

Microdosing: Lower Dosage May Be The Way To Go

Hemp Fertilizer: Does It Really Matter?

2018 Farm Bill Series: How Will Hemp CBD Legalization Play Out?