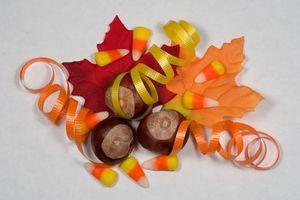 The highly controversial Ohio cannabis initiative will hit the ballots on November 3, with much speculation as whether or not the measure will pass.  Public opinion in the state has certainly become quite marijuana friendly, with a recent Quinnipiac University Polling Institute survey indicating 90% of the population was in favor of medical marijuana and 53% in favor of recreational marijuana.  However, two factors complicate the issue further - its status in an off-year election and the monopoly clause.

It's widely known that younger voters support cannabis legalization at a much higher rate than older voters, and these voters are far less likely to show up to the polls in an off-year election than older generations.  Furthermore, Ohio's legalization initiative (Issue 3) restricts cultivation licenses to the ten companies who funded the campaign, creating a monopoly.  This has created a backlash and made it more difficult to determine the outcome of the ballot, as many of the more liberal Ohioans who support marijuana legalization in theory, do not support the establishment of monopolies in the industries and may either vote against Issue 3 or stay home entirely.  Opponents of the measure have added another item to the ballot (Issue 2) that would prohibit monopolies.  This allows for the possibility that both items would pass, triggering what is sure to be a drawn out legal battle between the two sides.

It is interesting, though not entirely surprising, that there is such a backlash against the restriction on grow operations.  It is certainly unusual for marijuana initiatives to have the licenses already allotted for individuals prior to the licensing process. In practice, however, most of the newer states adopting legal cannabis have a very limited number of cultivation licenses that are awarded and are accompanied by steep capital requirements.  In New York, only five companies were awarded licenses and each needed to outlay millions of dollars, not exactly making it a viable opportunity for everyday New Yorkers to get involved in the industry.  Illinois cultivation center applicants needed to show $2 million in an escrow account to be eligible for a license, and license fees alone cost $225,000.  Hawaii will license only eight companies, each of which will need to have at least $1 million in assets.  While licenses in each of these states are awarded based on merit or lottery, rather than campaign contributions, cultivation licenses are not exactly easily accessible for most every day citizens.  The end result looks much like Ohio is poised to, with cultivation controlled by a small number of companies with significant financial backing.

Despite the obvious implications of the monopoly on the cultivation side, a legal cannabis market in Ohio offers plentiful opportunities for entrepreneurs and exciting tax revenue prospects.  Brightfield Group conservatively estimates nearly $750 million in retail sales for the industry's first full year of operation, instantly making it one of the country's largest markets, behind only California and Colorado and neck and neck with Washington. This is likely to expand quickly. This first year of operation will only reduce black market sales of marijuana by 20%, leaving much room for the market to grow in the coming years as entrepreneurs convince consumers to purchase through legal retail channels. The next question is what will Ohio’s retail market look like…