The Current State of Marijuana Economics in Colorado 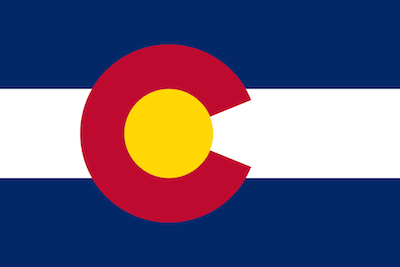 Roughly 19 months after marijuana was legalized for recreational and medical use in Colorado, the debate on the moral ramifications of legalization continues. From a purely economic standpoint, however, the evidence is mounting that legalized marijuana represents a growing, highly lucrative industry.

Retail sales from legal marijuana in Colorado totaled $700 million in 2014. Of this total, medical marijuana accounted for $386 million and the remaining $313 million is credited to recreational sales. However, these figures do not account for sales in paraphernalia such as vaporizers and pipes, or ancillary industries that support marijuana production and home growth. Furthermore, these figures fail to account for the boon to the Colorado tourism sector.

Government sponsored tourism agencies, such as the Colorado Tourism Office and Visit Denver, do not keep official statistics on marijuana tourism. However, it appears to be a real and growing industry. Some studies have found that tourists account for nearly half of all retail sales in Colorado and 90% of sales in popular mountain communities. One company, My 420 Tours, estimated that they provided tours to 4,000 – 5,000 customers in 2014. Entrepreneurs in the hospitality industry are also beginning to cater to visitors interested in sampling the local fare.

The tax revenue generated by the marijuana industry has provided a significant boon to state coffers. Recreational marijuana is taxed at 28%, but medical marijuana is taxed at a much lower rate of only 2.9%. In early 2014, the Colorado Joint Budget Committee estimated $184 million in collected revenue in the first 18 months of legalization, through June 15, 2015. In the first year of recreational sales, 2014, the Colorado Department of Revenue collected $63 million in total tax revenue from medical and recreational marijuana; the state also generated an additional $13 million in marijuana licenses and fees. While this may not quite meet the initial estimates by the Joint Budget Committee, recent projections estimate that tax revenues will reach $94 million annually by 2016. This equates to nearly $2.3 million of monthly tax revenue.

All told, the tax revenues from legal marijuana have not been as large as originally predicted, but marijuana still represents a major industry in the state. Legalization did not eliminate the black market for marijuana, but greater than 16,000 people in the state are licensed to legally work in the industry. Additionally, legal marijuana has catalyzed a cadre of industries that support and benefit from legal marijuana. Despite positive economic trends in the marijuana market, the largest obstacle to continued growth, and perhaps the largest impediment to large-scale marijuana investment, is the lack of banking available to the industry. As a result, the industry largely operates in cash.

Nevertheless, the marijuana industry in Colorado is strong and has so far provided significant benefits to local businesses and tax revenue for the state.  Most signs continue to point to further growth in coming years, so stay tuned to see how this interesting market continues to develop.