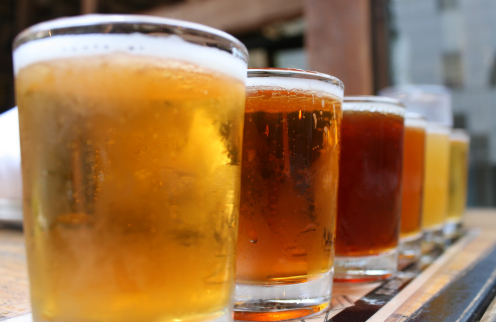 Since its inception, the hemp CBD market has been a grassroots movement, with no major investments and few distribution channels available. Still, it’s on track to hit $591 million just this year and grow to 40 times the size by 2022.

Should the 2018 U.S. Farm Bill pass at the end of September, thereby legalizing hemp-derived CBD across the United States, the market will outpace the entire cannabis market combined and hit $22 billion by 2022.

Over the past couple of weeks, there’s been a number of rumors, announcements, and misconceptions about such organizations entering the cannabis and CBD spaces.

What's the Difference between Hemp Seed Oil, CBD, and Cannabis?

A crucial aspect of understanding the conversation starts with knowing the difference between the products available from the hemp plant.

HEMPSEED OIL: This variety originates from the seeds and contains little to no THC. Meaning, no medicinal properties or intoxicating effects.

CBD: Extracted from the flower, this non-psychoactive compound has a reputation for numerous medicinal benefits, including pain relief, anxiety and stress reduction, and anti-inflammatory properties, among others.

CANNABIS: Typically what comes to mind when you consider marijuana,this potent THC source remains a Schedule 1 substance by the U.S. Drug Enforcement Administration.

Who's Been Making Headlines?

Rumor:Origins has branched out into the flourishing cannabis skincare market.

What's Really Happening: In all honesty, not much.

However, while the company markets the product as cannabis sativa, it’s actually just hemp seed oil. Essentially, the equivalent of shea butter or olive oil.

Despite company claims to have opted for hemp seed oil over CBD oil for its greater increased health benefits, the former contains little to no trace amounts of CBD and touts zero medicinal value or anti-inflammatory properties. When you consider that the Body Shop has stocked similar items for over 20 years, there’s nothing very interesting or innovative about Estee Lauder’s new move.

Rather, consider it market testing for future possibilities.

What's Really Happening: At this point, consider the Atlanta-based company in research mode only.

There’s been some conversation with Aurora Cannabis, a Canadian marijuana producer about the possibility of a future collaboration. In an email to Bloomberg News, the company’s spokesman Kent Landers said that while Coca-Cola is closely watching CBD as an element to“functional wellness beverages,” the leadership has yet to decide anything.

A far cry from infusing Coke with cannabis,but this recent news positions Coca-Cola at the forefront of breaking along-held stigma. The best option for the company, though, would be to wait until the Farm Bill passes and work with a U.S. producer of hemp-derived CBD.

This would position Coca-Cola to capitalize on the CBD beverage market, both at home and abroad in a rapid fashion, given the more lenient stance towards hemp than cannabis worldwide. While Constellation’s play for global markets will take place over the long term, a company like Coca-Cola could take advantage of the international market for hemp beverages in the immediate term.

Rumor: New Age is taking on the new CBD market with full force.

Last Monday, the maker of coffees, teas, energy drinks, Kombucha, and coconut water announced its plans for a new line of CBD-infused beverages. Word of the distributor’s reveal at the upcoming North American Convenience Show in Las Vegas caused a stock surge of 528 percent.

After fine-tuning, with the help and consideration of consumer input, New Age plans to target its line of relaxation drinks called Marley Beverage. Backing the effort with $4.75 million debt financing could fast-track the organization’s leadership in this virtually untapped arena.

Rumor: Forget the lime, Corona will now come with THC.

Believe the hype. When it comes to cannabis, consider the famed beach beer all in.

Last month, Corona brewer Constellations Brands rocked the market with its announcement of a $3.8 billion investment in Canopy Growth Corp. The largest investment to date in the ever-growing industry.

Following up a 10 percent purchase in stake last year, this 38 percent increase in the Canadian marijuana producer solidifies Corona’s commitment.

According to Rob Sands, the CEO of Constellation, “Over the past year, we’ve come to better understand the cannabis market, the tremendous growth opportunity it presents, and Canopy’s market-leading capabilities in this space.”

We’re finally starting to see major brands with considerable clout testing the CBD and cannabis waters with varying levels of comfort and dedication. Maybe slow at first, for everyone except Constellation. Yet, we can expect movement to pick up in rapid succession.

And it’s only going to continue.

The past few years have been laden with speculation and rumors. All that felt far-fetched and unlikely. Things changed in 2018, starting with Constellation and cannabis.Now, it’s become a reality that CPGs are starting to recognize the potential of CBD.

When the Farm Bill takes hold, expect to see even more major organizations looking to capitalize on the new law and consumer demands.