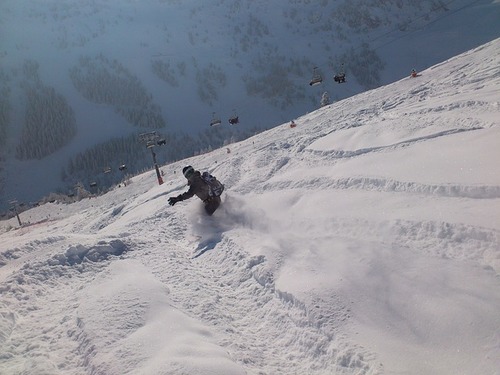 Cannabis tourism would present a huge opportunity for Vermont while it lasts, but regulators must think long-term.

Vermont has some of the premier winter sports destinations on the east coast. In 2014, a study carried out by HotelsCombined.com analyzed over 87,000 online hotel bookings across the United States. Out of 51 states (including Washington, DC), Vermont ranked an unimpressive 50th in terms of total number of visitors, scoring only above West Virginia. Surprisingly, revenues from tourism account for approximately 40% of its economy.

This is due to the fact that Vermont also ranks second to last in terms of population with a mere 626,000 residents  - around a fifth of one percent of the national total - so even these modest tourism figures generate significant economic benefits.

Such benefits will expand even further if the state decides to legalize the use of recreational cannabis, which it is likely to do by the end of the year. In May 2014, a RAND Corporation study estimated that the annual tax revenue generated from the sale of legal cannabis to local residents alone could reach $75 million.

As a result, in February 2015 a bill was introduced by Vermont Senator David Zuckerman that would make marijuana legal for adult medical and recreational use and allow the state to regulate the production and sale of cannabis. The governor has given it his full approval.

Vermont will soon be the only state in New England to have a legal cannabis market, giving it regional exclusivity in terms of cannabis tourism. With New York, Boston, Providence, Syracuse and Montreal all within a few hours’ driving distance, the increase in tax revenue resulting from cannabis tourism is potentially enormous. It is estimated that about 40 times as many regular cannabis users live within 200 miles of Vermont as there are regular users within the state itself.

Vermont’s current reliance on tourism suggests that it has a well-developed infrastructure to accommodate visitors and a sharp increase in volume will be both manageable and highly profitable. In addition, many other market segments in the supply chain will offer opportunities for new business, increased investment, and job creation.

As long as other states in the northeastern U.S. continue their policies of prohibition, Vermont can look forward to a spike in tourism in the wake of legalization. However, this may be short-lived as the numbers are likely to return to their previous levels in the event that cannabis is legalized in Massachusetts or New York. The boom-and-bust that unfolded in Washington should present a dire warning for state lawmakers and must not be repeated.

As long as the industry develops responsibly with a long-term strategy in mind, the benefits of a well-regulated, legal cannabis market in Vermont can provide an example to be followed throughout the east coast.