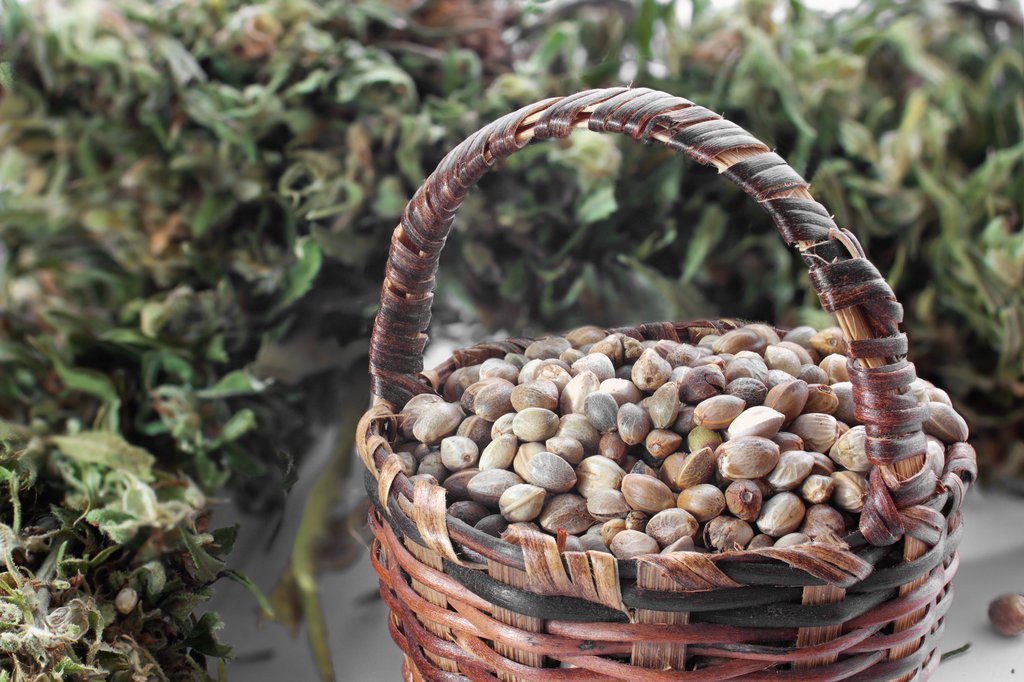 Along the course of recent U.S. history, hemp has been plagued with a bad name, but its reputation and the stigma surrounding it have been more closely related to misnomers, economic and political events than its chemical composition or effects on the human body. Hemp has been lumped in with and essentially defined as marijuana for many decades. For the sake of this article, we will set aside any arguments relating to marijuana itself - whether merited or not - as hemp is an entirely separate matter.

So, what is hemp?

Hemp is distinct from marijuana in various ways –the most important of which is that it contains trace amounts (typically <1%) of THC, the psychoactive chemical found in marijuana. In comparison, medical [or recreational] marijuana typically produces anywhere between 5-20% THC, with prize strains tipping the scale at 25-30% THC.[3]

A level of about 1% THC is considered the threshold for marijuana to have intoxicating potential. As such, the use of U.S. hemp products does not lead to psychoactive effects or the “high” associated with marijuana products.[4]If hemp does not intoxicate or cause a “high”, why was it made illegal?

According to the Congressional Research Service[5], the Controlled Substances Act of 1970 (CSA) – which placed the control of select plants, drugs, and chemical substances under federal jurisdiction – adopted the same definition of Cannabis sativa that appeared in the 1937 Marihuana Tax Act, which defined marihuana as all varieties of the cannabis plant, without distinguishing between low- and high-THC varieties. Although some have argued that the CSA definition exempts industrial hemp under its exclusions for stalks, fiber, oil, cake, and seeds, the U.S. Drug Enforcement Agency (DEA) refuted this interpretation,[6] essentially rendering hemp production illegal as the crop could not be grown without a DEA permit.

Following World War II, the laws mentioned above and their enforcement, as well as competition from synthetic fibers, and increasing public anti-drug sentiment resulted in fewer and fewer acres of hemp being planted and none at all after 1958.[7] This is changing today, however, as the industry has begun to make a turnaround following recent events.

In 2014, a boon came to the hemp industry: The Farm Bill was signed by President Obama, redefining industrial hemp as distinct from marijuana and authorizing institutions of higher education or state departments of agriculture (in states that legalized hemp cultivation) to regulate and conduct research and pilot programs. [8] As the farm bill did not include an effective date distinct from the date of enactment, several states responded by making immediate plans to initiate new hemp pilot projects. In addition, several states enacted legislation to allow for hemp cultivation, which is a precondition for allowances under the [Farm Bill].[9] Today, 31 states have defined industrial hemp as distinct and removed barriers to its production.[10]

Over the past several years, Representative Scott Perry has introduced multiple variances of the bill “Charlotte’s Web Medical Access Act” in Congress – none of which have made it past this first stage of the legislative process.[11]  These bills were designed to amend the CSA to exclude cannabidiol and cannabidiol-rich plants: (1) from the definition of "marihuana," and (2) from treatment as a controlled substance. The bill was most recently introduced in May of 2017; if this Act is to pass, cannabidiol (CBD) – including hemp-derived CBD - would be permitted to cross state lines, granting many of those interested in its medicinal properties access to the product for the first time.

What does all this mean?

The history and legal situation surrounding industrial hemp have dramatically affected the industry, leading U.S. producers of hemp products to fall behind competitors in Canada, Europe and Australia – many of whom continue exporting to the United States today.  Even after the passage of the 2014 Farm Bill, various roadblocks continue to slow the industry’s recovery: there is still a need to reestablish agricultural supply chains, breed varieties with modern attributes, upgrade harvesting equipment, and modernize processing and manufacturing.[12]

That being the case, this market is ripe for growth, and as U.S. cultivation and research of hemp products continues to grow and the stigma surrounding hemp lifts, many will benefit: