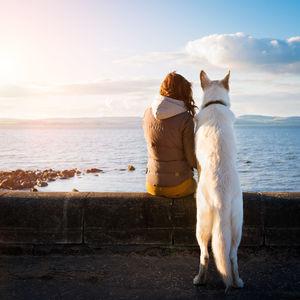 A SPOTLIGHT ON CANNABIS CONSUMER INSIGHTS

As medical marijuana sweeps the country, the stereotypes of marijuana users as deadbeat stoners living in their parents basement are quickly being dispelled.  Marijuana users are a diverse and oftentimes sophisticated bunch with different lifestyles and passions.  In order to connect with a consumers, it is important for companies to really understand who they are and what makes them tick.  To find out more about the lifestyles and attitudes of marijuana patients, Brightfield Group surveyed more than 400 medical marijuana patients in California.

ALL PUBLICITY IS NOT GOOD PUBLICITY

Perhaps resulting from their acute interest in ever-evolving cannabis related news, two-thirds of frequent medical marijuana (MMJ) users  surveyed in California reported watching the news at least once daily. Only 8% reported not watching, reading, or listening to news at all during the week. It can be assumed, then, that California MMJ users are highly interested in current events and generally aware of political, economic and business-related occurrences - especially as they relate to cannabis.As marijuana users are well-informed, it is important to treat them as such. Cannabis vendors and investors should be using the latest research to their advantage, keeping up-to-date on studies and news, and where possible, leveraging these to appeal to a larger market. Companies could expand their client bases by demonstrating responsible practices to the public, for example. Hypothetically, if it is revealed that a pesticide has a cancer-causing agent, marijuana vendors should take immediate steps to inform the public that they are not using that pesticide in their products. If they are using it, they should be sure to eliminate it and diffuse this news among their clients and the media as quickly as possible, as they most likely cannot count on consumer ignorance to protect them from negative fallout and repercussions. Bad publicity is not good publicity, in this case.

A substantial difference was found among California medical marijuana users with regard to their housing situations. Frequent users were much more likely to rent their homes, and infrequent users were more likely to own them. Both were equally likely to live with friends or family.This being the case, investors looking to place marijuana businesses in new communities should look beyond local zoning laws, and be sure to also consider building in areas near apartment complexes, condominiums, manufactured homes, or other rental units, rather than near single-family units. Placing dispensaries near areas dense with rental units will help ensure more business from local frequent users, and given that frequent users make up the largest part of the MMJ market , it is important to make the product as accessible as possible to this demographic.

While California MMJ users are less concerned than the average American about gluten consumption, there are still a significant number of gluten-free cannabis consumers. Nationwide, 17% of the general population is practicing a gluten-free diet , whereas 10-11% of MMJ users surveyed indicated doing the same.However, when it comes to vegan diets and vegetarianism, a very different phenomenon is exhibited. Though a mere 3.4% of Americans identify as vegetarian, between 8 and 10% of California medical marijuana users surveyed identify as vegetarians. Furthermore, only about 0.5% of the general population is vegan , whereas between 6 and 14 times that many MMJ users claimed to be vegan. These figures are of special significance to those producing or selling edible cannabis products. Manufacturers and vendors may reconsider the valuable shelf space and investments made into ordinary, low-fat or low sugar products, and dedicate more to vegan or gluten-free products in order to better appeal to those with specialized diets of this nature, given the particular importance of these goods to MMJ users.

…AND ARE GOING GREEN

Those who frequently use cannabis are more green-conscious when compared to infrequent users. They are far more likely to make a habit out of using reusable ware, and more willing to ride their bicycles short distances to work than are infrequent MMJ users. Dispensaries and manufacturers attempting to appeal to frequent users should consider these tendencies when deciding upon packaging and store set-up strategies. It would be advisable to build stores close to neighborhoods near thoroughfares where public transit passes through, bike lanes are accessible, and/or foot traffic is feasible, in order to allow patients to walk, bicycle, or take the bus to their local dispensaries. Plastic packaging should be replaced with recycled or more environmentally friendly materials, and when possible, vendors should offer their products in reusable containers (at a premium, if necessary to defray costs), thus allowing users to return with the same receptacles instead of disposing of them between each use.

THE BEST NIGHT OUT IS A NIGHT IN

Across the board, MMJ users prefer spending time at home, or indoors with loved ones, to going out. Nearly three-fourths of those surveyed indicated that their favorite activity for a Friday night was to spend time with friends or family enjoying a movie or game night, as opposed to going out dancing, drinking, exercising, or spending the evening alone. It would be beneficial to accommodate these users by creating products that are not disruptive to these types of activities, such as childproof, discreet packaging for users with children at home, and delivery services for those who are in for the night. This will keep current users satisfied (and possibly entice them to make more purchases), and may draw customers away from competing brands that are not as conducive to these lifestyles.