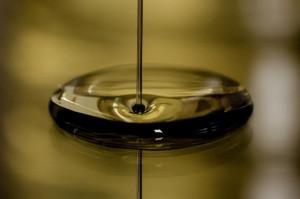 Though still a mystery to many, cannabis concentrates are among the hottest products on the market — and their popularity is growing.

Cannabis oils are some of the most popular concentrate products.Of the three major cannabis product categories — flower, edibles, and concentrates — the latter is by far the least understood. Cannabis concentrates refer to any product synthesized through an extraction process. Solvents such as CO2, butane or ethanol are used to strip out various compounds while leaving the cannabinoids intact, rendering a very potent product.

These extracts can have extremely high contents of either THC or CBD (its non-psychoactive counterpart) and are becoming a very attractive alternative for consumers who prefer alternative methods of cannabis consumption. CBD-rich oils have also shown promise in the treatment of several medical conditions, including child epilepsy, which has been one of the key arguments among supporters of legalization.

The most well-known concentrate product is hashish, easily distinguishable by its brown, clay-like appearance and texture. Though centuries old, hashish (hash) is not commonly produced in the United States, usually finding its way to American shores from the Middle East or certain parts of North Africa. A June 2015 article in The Cannabist includes a detailed description of the various types of concentrates currently available on the market.

Relative to smokable flower, concentrates have seen far more impressive growth figures across many of the nation’s medical and retail cannabis markets. Brightfield Group analysts predict that California’s medical market will see a 7.3% average annual decline in flower sales between 2015 and 2019, while sales of concentrates are estimated to grow by 13.8%. In Washington State’s medical and retail markets, concentrates are looking at average annual growth rates of 12.6% and 28%, respectively, over the same 5-year period.

One of the key hurdles that concentrates must face has to do with a negative public perception of the extraction process. Often carried out using sophisticated lab equipment, high temperatures, and flammable chemicals, the processing of cannabis concentrates has a way of conjuring images of far more nefarious activities, similar to those of the Breaking Bad ilk.

However, as innovation and technology becomes a more integral part of the industry, producers of concentrates are developing cleaner, safer, and more efficient tools and processes to overcome this stereotype. As the concentrates market matures, regulations on THC and CBD extraction will be better-defined and we will see a far greater variety of products available for sale at dispensaries. This will be one of the key growth drivers that will make this particular market segment particularly attractive to entrepreneurs and investors on the lookout for the next big thing.