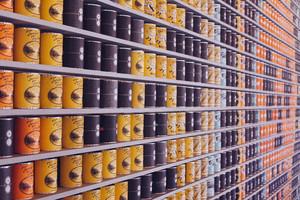 DISPENSARY TURNOVER RATE NOT SO HIGH AFTER ALL

Have you ever wondered what the average lifespan of a medical marijuana dispensary is?  Stories about raids by federal authorities and lack of access to banks and financing due to marijuana’s status as a controlled substance at the federal level may give off the impression that the turnover rate for marijuana establishments is quite high.  However, data gathered during our surveys of the six largest cannabis markets suggests dispensaries may have more staying power than the media would lead one to believe.

Among the many dispensaries surveyed during the initial phase of our market research in April 2015, we selected a random sample of dispensaries from each market with the aim of understanding the rate at which dispensaries closed over a period of approximately six months.

Upon revisiting our random samples in October, we found that 89% of dispensaries were confirmed to still be in.  Despite the many obvious obstacles to running a marijuana dispensary, the data indicates most dispensaries are in it for the long haul.

Naturally, the rate varies by specific market, reflecting regional political attitudes towards the marijuana industry.  The closure rate was highest in the Washington medical marijuana market, where 30% of dispensaries surveyed between April and October 2015 had closed their doors, a result of government efforts to unify the state’s medical and recreational markets under a single licensing system.  Among other medical markets, rates were relatively high in California, with 13% of dispensaries closing over the six month period.  This is unsurprising as governments and attorney generals in Los Angeles, San Diego and throughout the region have been particularly tenacious in taking action against the region’s industry.

On the other hand, closures were extremely low among the dispensaries surveyed in Oregon, where medical marijuana dispensaries eagerly geared up to begin selling flower to recreational consumers as the market opened up in October.

There are undoubtedly many political and financial risks associated being in the marijuana industry, and not every medical dispensary survives to turn a profit.  Nevertheless, the numbers indicate that most dispensaries exhibit significant staying power.  As part of our ongoing efforts to contribute to the understanding of the marijuana industry, we plan to maintain observation of these and other dispensaries in order to gain new insight into the average lifespan of dispensaries in each market.