CBD Regulations by State | Progress and Prospects in 3 Key Markets 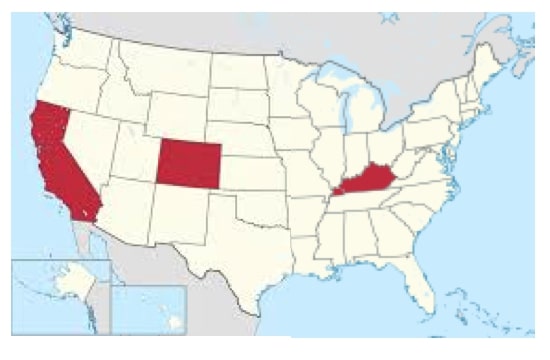 The rapid grow thin Colorado’s hemp production since the 2014 Farm Bill represents the potential heights hemp and its by-product, CBD, can reach when regulations support the industry. The state began its pilot program modestly, with 1,400 acres of hemp registered in the first year, 2014. Since that time, growth has been explosive,with more than 17,000 acres planted in 2017. This progress has led to increased tax revenues and established the state as a leader in cultivation practices.

The growth of Colorado’s hemp CBD market can be attributed to the public’s understanding of the medical benefits of cannabis, and a general acceptance of the existence of a recreational market since its legalization in 2012. State legislators have sought to protect not only cultivation, but CBD manufacturing and consumers’access to the product, allowing the market to take off and for its growers and processors to become first-movers in what will likely soon become a highly competitive national market.[1]

Tobacco use is down to less than 50% of its prevalence rate fifty years ago – and tobacco farmers in Kentucky are hurting.[2]  Senate Majority Leader Mitch McConnell has hailed the legalization of hemp farming as an answer to these woes and has been pushing for mainstream acceptance of the plant as an agricultural commodity. In fact, his home state was an early mover, passing SB 50 into law in 2013 to allow for industrial hemp cultivation a year before the federal government did the same with the 2014 Farm Bill.[3]

In 2017 alone, Kentucky reaped more than 3,200 acres of hemp through its pilot program, adding roughly $17 million to the state’s economy.[4]  Those numbers more than doubled in the pasty ear, and greater than 1,000 farmers have applied to grow hemp under the pilot program for 2019 – up from a mere 200 in 2018.[5] Although state officials have yet to formally declare their approach to legalizing CBD sales, independent retailers all over the state are carrying product already,and cultural acceptance of hemp-derived CBD is growing in the Bluegrass State as Senators McConnell and Rand Paul continue to promote CBD’s proven health benefits.[6] In fact, McConnell has thrown his considerable political weight behind not only hemp, but CBD specifically, by shooting down a proposed amendment to the Industrial Hemp Act that would have eliminated protections for the plant’s cannabinoids.[7] Partnered with its growing acceptance and prevalence in the state, McConnell’s continued support for CBD all but ensures that it will have a viable market for cultivators, processors, manufacturers, and retailers in Kentucky.

Despite the state’s progressive reputation, California has taken a step backwards in its approach to hemp CBD. The Department of Public Health issued a statement last summer prohibiting the sale of CBD derived from hemp plants. However, the state still permits CBD derived from marijuana plants with less than 0.3% THC, but only if sold by retailers licensed by the state’s existing recreational marijuana framework.[8] Furthermore,the only cultivars legally allowed to be used in producing industrial hemp in the state are those certified on or before January 1, 2013.[9]  In such a rapidly changing market, a six-year bottleneck on supply has left California far behind states who spent that time transitioning from tobacco to hemp – states like Kentucky.

California’s restrictive approach towards hemp regulation has placed a particular strain on state farmers looking to diversify or take advantage of the industry’s growth.Hemp is a more profitable cash crop on a per-acre basis than almonds, grapes –some of the state’s biggest agricultural exports.[10] And California is the nation’s largest agricultural state, with a farming industry that generates $54 billion annually, but most farmers in California will be unable to take advantage of hemp’s high margins if the state’s policies toward hemp do not change.[11]

On the bright side, California’s Senate Bill 1409, which takes effect on January 1, 2019, will remove the limitation that cultivars must be certified on or before January 1, 2013, allowing the state’s farmers to begin cultivation once regulations are in place. However, the changes in SB 1409 apply almost exclusively to industrial hemp as an agricultural commodity, and without a CBD market for which to produce,prospects for cultivators will remain limited and will be virtually extinguished for manufacturers and retailers barring a change to FDA or California state policy.