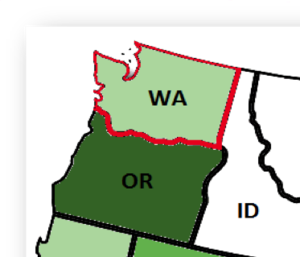 Today, Washington State is home to two rivaling environments: the largely unregulated medical marijuana market, legal since 1998, and the thoroughly regulated recreational market – around since 2014.

This landscape will soon change under Senate Bill 5052; In July 2016, Washington’s medical marijuana market will be folded into the recreational market under the bill. When this occurs, medical dispensaries - whether they are new or long-established - will be forced to either close their doors or play by a host of new rules. This new bill will change the landscape of this industry entirely, as detailed below.

The enactment of 5052 will lead to the demise of many existing medical dispensaries; State lawmakers estimate that there are 800 unlicensed MMJ dispensaries in Washington, and that only around 400 of them will be eligible to receive licenses. To date, the state has licensed a total of 219 recreational marijuana shops.[1] Therefore, if the state’s estimates are correct, with the addition of these 400 MMJ dispensaries (soon to be rec shops), the number of licensed stores in Washington could soon triple.[2]

Medical dispensaries that are unable to meet the new requirements will be forced to drop out of the market, but those that make the cut will represent significant competition for current and interested cannabusiness investors, given that existing dispensaries have a built-in client base, local networks and customer trust.

Businesses that wish to continue selling or cultivating cannabis specifically for medicinal use in addition to recreational marijuana must apply to hold “medical marijuana endorsements”, 142 of which have already been issued with more than 800 applicants pending a decision. First priority is being given to existing, licensed I-502 retailers and cultivators.[3] This gives current licensed cannabusinesses a great advantage when it comes to MMJ production and sales; it will, however, create an obstacle for new investors looking to join the MMJ market, or unlicensed MMJ facilities looking to remain a part of it.

To date, the Liquor and Cannabis Board has tended to favor cannabusinesses that have been around for at least a few years, have paid taxes, have not run afoul of regulators, as well as those who applied for recreational licenses in 2013.[4] Currently licensed recreational retailers are in the best shape going into 2016 in terms of licensing, compared to new stores and unlicensed medical dispensaries.

However, the market for successful retail businesses, new and existing, is likely to grow a great deal.

o   The hundreds of dispensaries that close after July, 2016 will force many medical patients to seek their product elsewhere – most likely at local rec stores.

o   The state only permits three licenses to be granted per individual, so no major chains will be allowed to develop in Washington. Thus there should still be plenty of room for new entrants to the recreational market, including smaller players.

No licensing limits have yet been placed on growers and processors in Washington. When the market first opened, it was difficult for dispensary owners to bring in enough supply to meet demand. Prices thus soared and drove hundreds of entrepreneurs to build cultivation operations, leading to a glut in production and dramatic drop in prices in early 2015.[5]

It is expected that as the market matures, investment in each segment of the supply chain will stabilize, creating more stable unit price behavior and a steady supply of product.

Investors would be wise to wait out any price and supply instability before investing in the growth or processing of cannabis, and be sure to differentiate their product so as to be competitive in a saturated market.

There are many opportunities for medical product manufacturers in Washington. The edibles market is there for the taking. Its most dominant brand, Rocket Chews, takes up less than 5% of the market. Over 80% of edibles are manufactured by brands with less than 1% of market share. The concentrates market has several brands occupying between 4 - 8% of the market, but 42% of the market is still unclaimed by major brands.

The recreational concentrates market has not yet been thoroughly tamed by major brands, with Liberty Reach dominating at less than 6% market share, and two-thirds of the market taken up by “other” brands that held less than 3% market share.  Several larger multi-state brands have entered the edibles space, including Venice Cookie Company through a partnership with Evergreen Herbal, and Cheeba Chews, but there is still much room for expansion of local and multi-state brands as the market evolves.

Until recently, Washington state was levying a 25% tax on the producers, processors and retailers of marijuana, and federal income tax had to be paid on the state tax funds collected – placing a major burden on marijuana businesses. Beginning in July, 2015, this system was replaced by a 37% flat excise tax which is imposed on retail customers only. This is akin to a sales tax and thus does not have to be reported as income by businesses, offering cannabusinesses all along the supply chain quite a windfall.[6]

Despite the dramatic changes to the legal and regulatory environment in Washington, the state’s marijuana market is expected to grow by over 50% between 2015 and 2019, to reach a total of $860 million in sales for 2019.

While the first years following SB 5052’s enactment may be turbulent and challenging, even for established players in the market, Washington offers significant returns on investment for those willing to take on the ambiguity of this space in order to capitalize on a large market with many undesignated licenses still available.

[1] Marijuana License Applicants. December 2015. http://www.liq.wa.gov/records/frequently-requested-lists Some of these have been licensed but are not yet open